You are here: Tour1 / Personalities

Kyprianos koupas, the brother of father Efstathios Kouppa, immigrated in a very young age to the great country of Nile, Egypt.
He was busy with trade there with great success and gained prosperity. He got married there. He did not have any children and when the then president of Egypt Nasser persecuted among others the Greek population of Egypt, Kyprianos Kouppas returned to Cyprus and continued his trading activities here.

From the money he earned, he donated a great amount of money for Cyprus Defense and benefited the community of Platanistasa, with the disposition of a great amount of money, for the construction of the beautiful big square at the centre of the community and for the redecoration of the ancient church of Saint John the Theologian.At the same time he also helped other people who needed help and gave enough money to other welfare works.His donations for charities exceeded the amount of £500.000.

The last priest of the village, the blessed f.Efstathios Kouppas was an exemplar of a pure priest of the Cypriot countryside. He was ordained a clergyman and on the 16.12.34he became a deacon, on the 7.7.1935 a vicar from the metropolitan of Paphos Leontios.
He has studied for two years in the Kyrenia Gymnasium as a boarder in the metropolis of Kyrenia, he was taught Byzantine music, holy service and confessional work.

When f. Efstathios Kouppas returned to Platanistasa, brought up with the communion wine of his faith and country, he was surrendered with all the warmth of his heart to his clerical work. He officiated constantly, created a catechism movement and taught at the Sunday school of his community. He became a confessor for the young and old people and no one dared to approach the Holy Communion without being confessed first.
He played a leading part in the foundation of the Christian orthodox Institution ‘Archangel Michael’ and in the creation of the religious library and taught, with all his life, the Christ and Greece.

From his whole behaviour, he also set an example to his children too.One of his sons Modestos fell fighting in April 1941 I Greece at the fight against Nazism and fascism. His youngest son Savvas Papaefstathiou(komitis),during the liberating fight of 1955-1959 was a wanted guerilla and section head in the district of Paphos .His other three sons Theostirictos (excellent cantor),Simeon and Aristophanis ,took part in the same liberating fight and were held in prisons and detention rooms .F.Efstathios himself was recruited in EOKA and swore the fighters .Due to his whole national action ,he was arrested by the English and was kept in the detention rooms .F.Efstathios had also had two daughters ,Melpomeni and Maria who excelled for their morality and devoutness. He died on the 17th of July in 1970.

Georgios Pahoulides was born in Platanistasa on the 17/6/1907. His father was Efstathios Hadjidemetri Pasioulas and his mother Paraskevi P Ioanni (Protopapa).At his seven he became an orphan from a father .His teacher at primary school was the exquisite tutor of the area Hristodoulos Kanthos ,who had been from Platanistasa too.Kanthos foresaw the inclination of this young boy to learning and when in 1918,the blessed metropolitan of Kyrenia Makarios Myriantheas founded the Superior Greek School in Alona having Mr H. Kantho as the principal ,took his student georgios with him and he changed his surname from Pasioulis to Pahoulides .After he finished the Superior Greek School he registered in the Agricultural School in Nicosia in which he graduated with distinction .After his graduation ,he served the Agricultural Station of Vatilis as a Supervisor (1927-1932). After that he joined the cooperative movement and was one of the founders of the Central cooperative bank and was a surveillant and auditor of the cooperative institutions in Cyprus until 1952 when, due to an illness, he stopped. He died on the 31/8/1987.

He contributed a lot to the foundation of Σ.Π.Ε. Platanistasas under its current form. He also contributed to the buying of a bus of the cooperative general store of Platanistasa.
During the decade of 1940-50, he produced silkworms and supplied the villagers and the residents of the near villages.

During the decade of 1960-70, he helped on the foundation of the cooperative apiarian company.

he was a chanter (without payment) of the church of Archangels Michael of Platanistasa for fifty years and a member of the ecclesiastical committee of Platanistasa.He contributed to the foundation of the Religious Orthodox Institution ‘Archangels Michael’ Of Platanistasa and to the Community library of Platanistasa.He was also a teacher of Catechism for many years .a member of solving differences in the community during the liberating fight of 1955-59, a commissary of fighters in the Sacred Monastery of the Holy Cross of Agiasmati , a tourist guide of visitors at the monastery for thirty years and contributed a lot to help it become known and be what it is today. 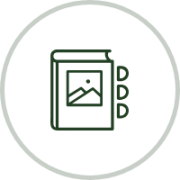 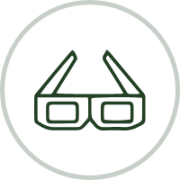 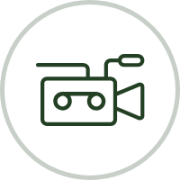